Bedsores before and after closure

Woundclinic About Us Methods of treatment Bedsores before and after closure

Bedsores before and after closure

68-years old patient. Comparatively small bedsore which appeared during stay  in the reanimation. During a period of three years, periodically healed and developed again. 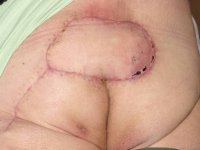 Doctors decided to treat the patient using microsurgery methods. The patient 2 weeks after operation. Tissues have been translpanted from nearby region.

The patient several months after operation. 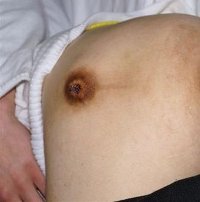 23 years old patient, paralised due to backbone trauma, has suffered from bedsores for half a year.

After transplantation of tissues. The wound after 25 days.

Bedsore of the 33-years old patient with paralised legs (a result of backbone trauma).

The patient 25 days after the operation. Tissues have been transplanted from nearby region.